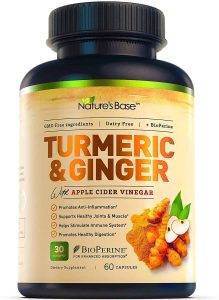 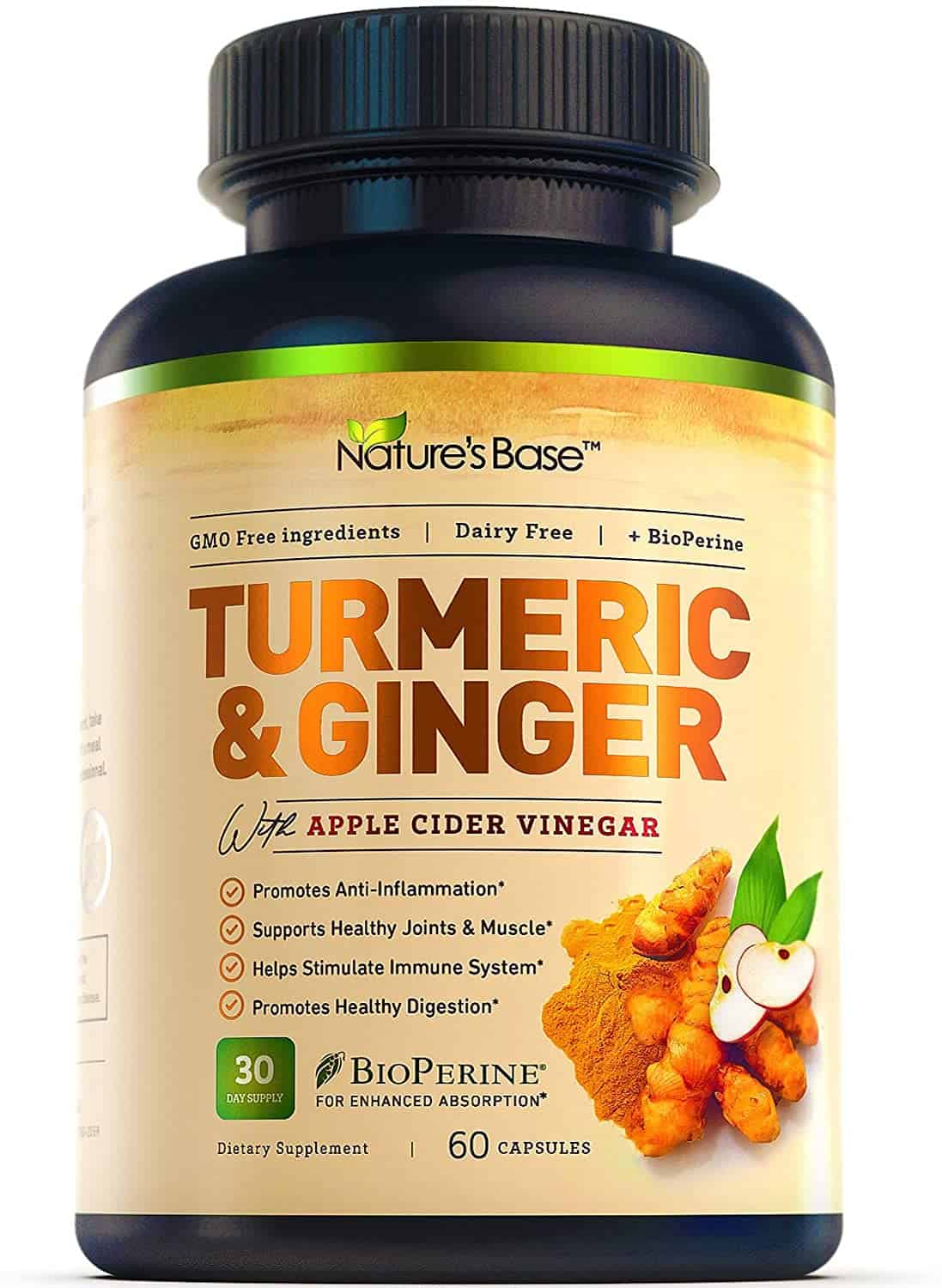 They contain 500mg of apple cider vinegar, which is comparable to other apple cider vinegar available. Nature’s Base claims that this supplement has anti-inflammatory effects, supports the immune system, promotes healthy digestion, and gives joints and muscles the support they need.

They claim that the apple cider vinegar included in the capsule can detox and cleanse your body, protect your immune system, and improve digestion.

The biggest pro that consumers noted is that Nature’s Base capsules are a five-in-one supplement. They like that they did not have to have separate vitamins to take for each ingredient anymore.

The biggest result that consumers noticed after taking that joint pain improved. Many said that taking Nature’s Base turmeric, ginger, and apple cider vinegar capsules helped ease their still joints, and some even said that it improved their arthritis.

Most noted that they saw results after only taking these capsules for a few days, meaning that they delivered results fast. Some consumers even mentioned that they no longer have to take ibuprofen to relieve joint inflammation.

Only a few consumers also noted that their appetite decreased when they took Nature’s Base capsules.

While many consumers stated that Nature’s Base turmeric and ginger capsules with apple cider vinegar did what they claimed, many said that they didn’t work at all. Some consumers who bought these capsules to help improve their joint pain actually said that these made it worse.

Quite a few consumers experience terrible digestive side effects. Many said that Nature’s Base capsules gave them nausea, diarrhea, headaches, and severe stomach cramps.

Consumers also stated that they felt misled by Nature’s Base because when they received their capsules, the bottle stated a Prop 65 warning on the label and a warning stating that consuming the product would expose you to chemicals, including lead.

They felt misled because the purchasing advertisement and photos of the bottle do not state this anywhere. Those consumers threw the product in the trash.

Many also complained about their quality of manufacturing and production. Quite a few consumers received sealed bottles with less than 60 capsules. Some also stated that the capsules just fell apart.

A few consumers complained that these capsules were too big to swallow and that they smelled so strong it made them nauseous.

Do Nature’s Base Turmeric and Ginger Capsules with Apple Cider Vinegar Work?

The reviews are mixed. Some consumers stated that these worked wonderfully for their joint pain and digestion, while others said that they did more harm than good, so it is hard to say whether they work like they say they do. If anything, they offer the most benefits for joint pain and muscle support.

Not a single consumer agreed with Nature’s Base’s claim that the capsules work for supporting their immune system or detox and cleanse the body.

Many consumers even said that they would prefer to take an apple cider vinegar supplement that does not contain the other ingredients.

Should I Buy Nature’s Base Turmeric and Ginger Capsules with Apple Cider Vinegar?

Probably not, unless you want to try them for joint support. Joint support and joint pain improvements were the only benefits that the majority of consumers agreed with.

If you are looking to buy Nature’s Base capsules to support your immune system, improve digestion, or detox your body, then these are not for you. There are better supplements available that can deliver those benefits.

If you are looking for an apple cider vinegar supplement that can help with digestive support, appetite suppression, or weight loss.

These will not do the trick. You are better off purchasing another apple cider vinegar supplement.

The chemical warning that appears on the delivered bottles is also concerning. There is no mention of these warnings on the purchasing page or the website.

Consumers found that very misleading. Because of that, Nature’s Base capsules could do more harm to your body than good.

It would be better to purchase apple cider vinegar supplements from another company that cares about its consumers and who produces certified organic products that are not ridden with chemicals.

If you are surprised by the warnings on the label, know that dietary supplements are not regulated by the FDA, so they can contain harmful ingredients and make faulty claims about their supplement curing or preventing illness. 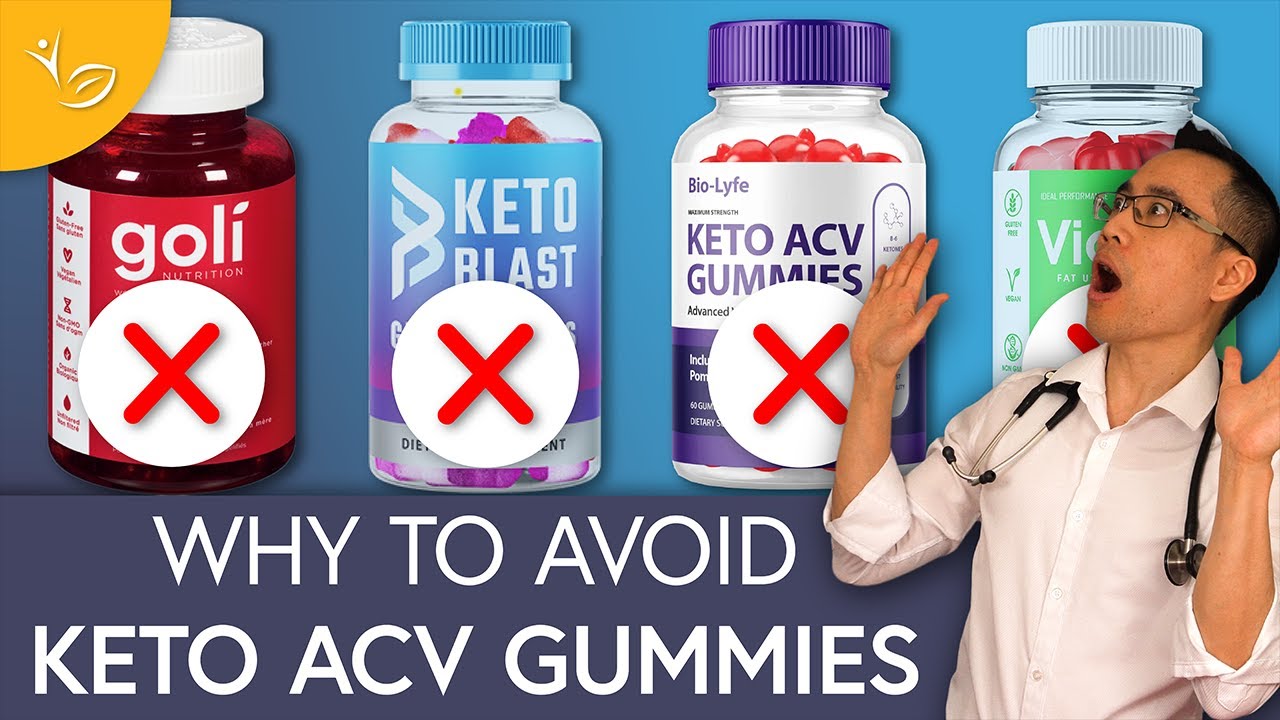 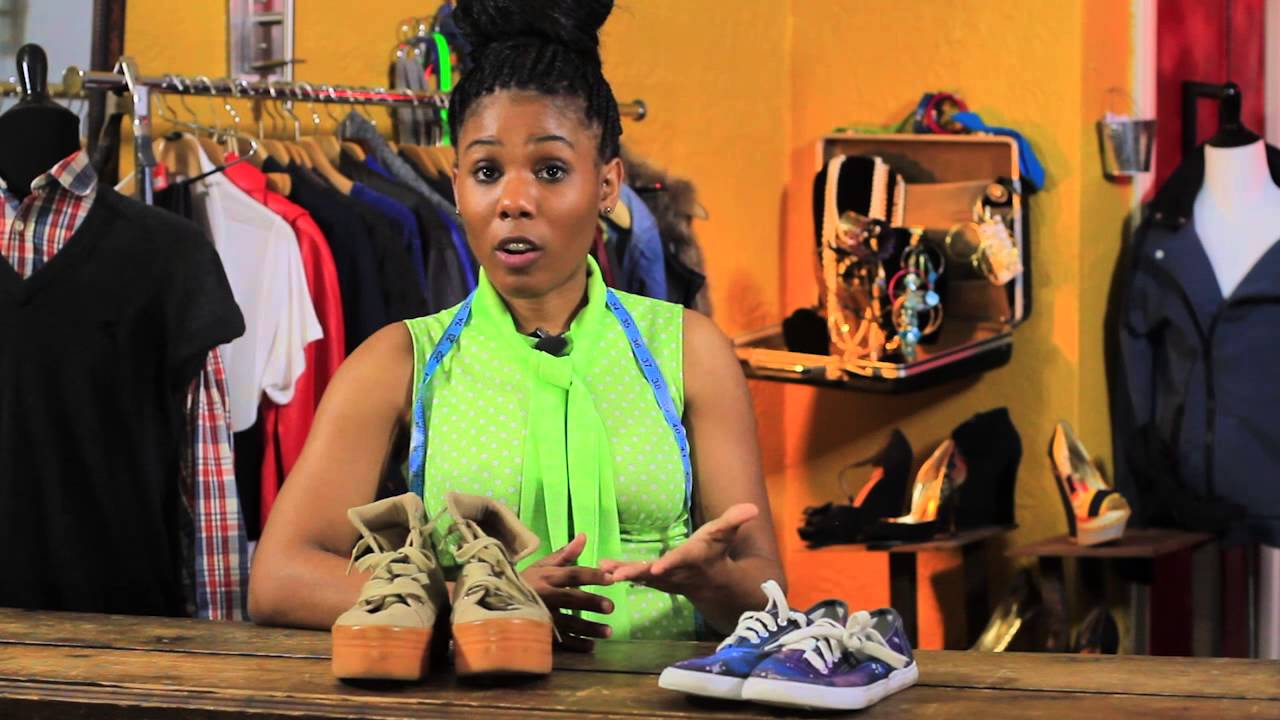 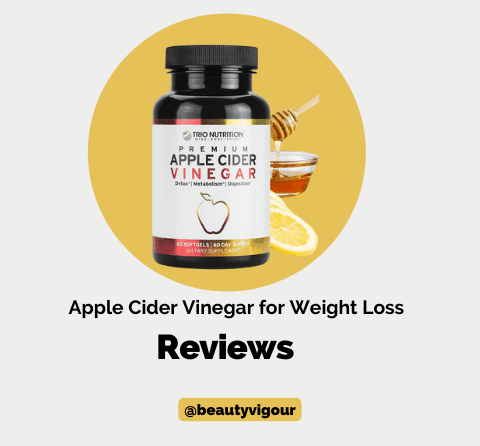